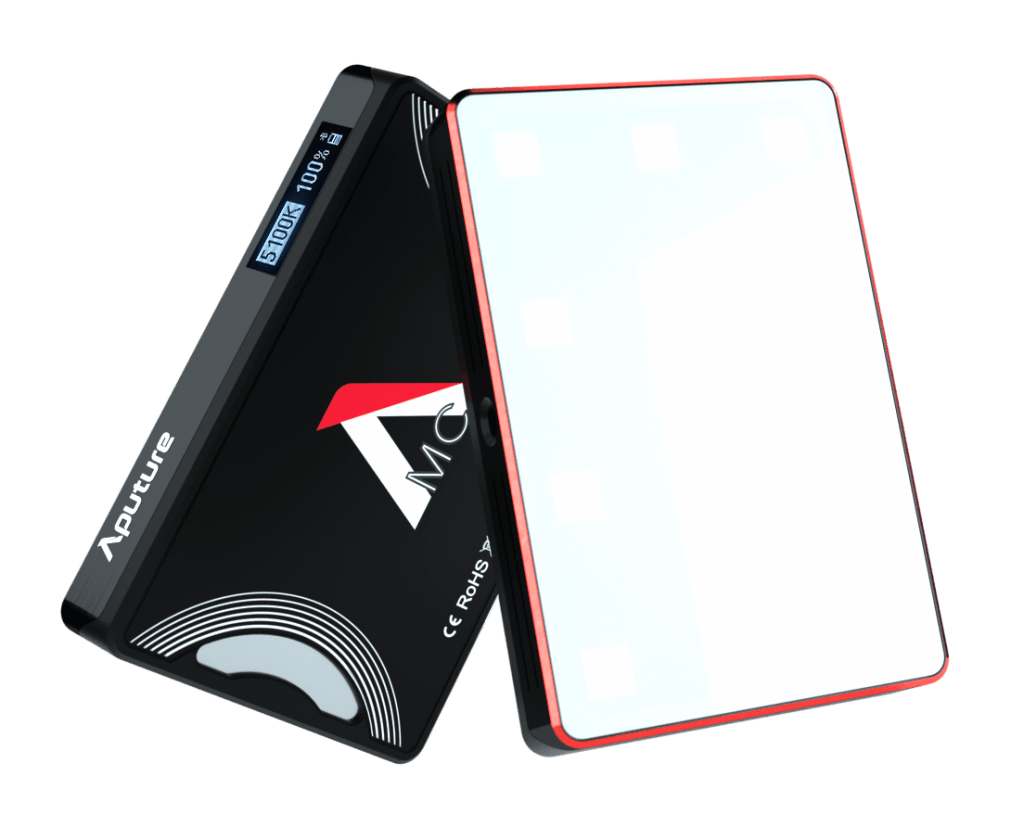 The MC is Aputure’s first light to include full Hue, Saturation, & Intensity (HSI) color control. With 360° of hue and 100 levels of saturation adjustment, you have the power to conveniently reproduce any color, all in the palm of your hand.

As with all Aputure lights, the MC prides itself in its color rendition, with CRI and TLCI scores of 96+, and SSI scores of 84 in tungsten and 74 in daylight. This is all accomplished by an underlying technology that reproduces color better and more accurately than ever before: RGBWW.

Unlike traditional RGB, the Aputure MC isn’t just a light that relies on Red, Green, and Blue LEDs. By adding two additional white LEDs — one balanced at tungsten and a second at daylight — the Aputure MC is an impossibly small light that competes with industry giants.

Based on 2 reviews Write a review

Be the first to ask a question about this.

I have been into painting and art since my childhood and everything around that segment attracts me. It was around 7 years ago when I was going through a rough phase in my life and found photography as an escapade. We bought a very basic DSLR camera & started photography by capturing small things like flowers, fruits, and random things in my house. I had never seen photography as a career. It was just something I was enjoying.

After completing my master's, I began my life as a teacher & continued it for 9 years. After all this time working as a teacher I got an opportunity in a university to work as a deputy registrar & continued working for 7 years. After all these monotonous years of working I had a sudden realization that something is missing from my life but didn't really pay attention until in 2009 I have faced the biggest accident that turned my life upside down, I lost my wife in that accident which shattered my life and I was left with my son who was just 2 years old.

Celebrity shoots are such a good experience but at the same time there is a huge challenge of time. We need to pre-plan a lot to get everything right. Even at regular weddings, pre-planning helps a lot. Team Coordination plays a very important role. We divide our area of work and it helps us avoid our presence in anyone else’s frame. I think being a woman in the industry is not as challenging as people think it is. It is all in the mind. All that fear of being a woman makes it only harder than it really is. Honestly, as long as you are passionate and work hard, your gender doesn’t affect your career at all.